Swan heard Mumbles, but what did the Swansea?

Good God! Are we still in Wales? You are so behind on your blog! At least get to Scotland before you leave Ireland! Sheesh.

As I was saying, I was instructed by those in the know that the cities are not the reasons to go to Wales. That the natural beauty and sea cliffs are where it's at. Thanks to those in the know, I definitely had to check out Swansea.


It was decided that a boat tour was necessary. I learned quite a lot about the coal history of the region. I think. Maybe learning was the wrong word. It was a whole lot more industrial than I ever dreamed. And they have bubblers in the river so the fish won't die. JUST LIKE THE POND AT HOME.

And that was cool. But I had wanted to see some things in Swansea, like, I don't know, any of their museums. Bad luck for me: the entire city was under construction, so all the museums were closed.

Good luck for me: the Mumbles are just a short bus ride away! And they had a castle!

The castle was nice and quiet but for the sound of pigeons cooing. They also had a great view of the other Mumbly bits:

Fortuitously, neither ocean nor rocks were closed for construction!

There were also some more rocks and ocean bits:


And you could walk on rocky bits: 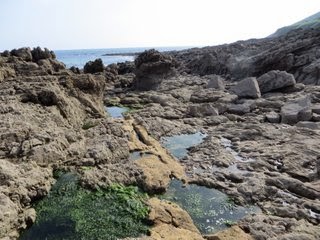 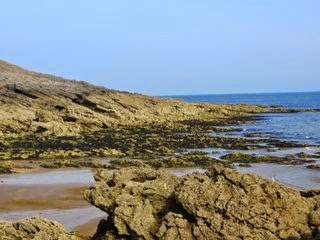 That's obviously too many pictures of ocean and rocks. Here's a famous Swansean boat:

Overall, Mumbles was a wonderful harmonious area. It was quiet, as mumbling is mandated by law. I even saw some nature running around, coexisting in peace.

It was a really great place to wander around and appreciate the nature things. It also answered a question that has plagued me for years:


Did I mention there were rocks and water?